I had to go to LA for the day job this week. At LAX, I trotted out to Ground Transportation. I’d heard LA didn’t allow Uber drivers in the ground transportation aisle (where the nine million shuttles and taxis wait), so I grabbed a taxi to head to my meeting. The driver shot away from the curb before even asking my destination.

Who knows, maybe he was afraid his fare would escape.

After pulling up the street address from my email and sharing the location with the driver, I opened an app to track our path to the destination. The driver was livid and told me in no uncertain terms that he didn’t want me telling him where or how to drive. Or that I thought I knew better than he did how to get where we were going. There might have been a few other “rules” thrown around, but I’d quit listening by that point. 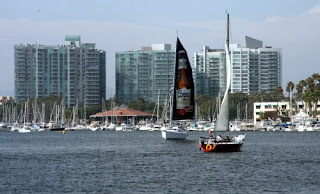 I’m still not entirely sure what his actual objection was, but I muted the sound and left the app running. Okay, part of the reason I run the route app is security. I’m in a city I don’t know well, with a person I don’t know the first thing about.  And he’s not exactly making me feel safe as he drives like a maniac, squeezing into non-existent gaps in traffic, alternating between sixty and zero in shoulder wrenching seconds. (Yes, I put on my seat belt!) The other reason for running the app is to put names to the streetscape flowing past my window. Oh look. That’s Marina Del Ray with all the fabulous boats. I didn’t know Loyola Marymount University had a campus here. It’s lovely. 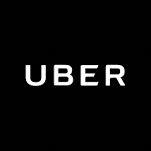 Somewhere along the way this driver ranted about Uber. By this point, I’d tuned him out and looked at the window (while keeping a surreptitious eye on the app and the route). When the meeting concluded and I needed a ride back to the airport, who did I call? You got it in one. I tapped the Uber app and a driver appeared within minutes.

The Uber driver’s car was new and spotless. The driver himself was charming. In spite of what you may have read about some disgruntlement among Uber drivers, this guy loved his job. He drove full time, but set his own hours and avoided the late afternoon crush of LA’s notorious traffic. I got the impression he spent most afternoons at the beach before returning to the streets for several more hours of evening driving. (Great way to get home from a club or restaurant if you’ve like to have a glass of wine with dinner.)

The other information he freely shared was his business structure. Because he’s been with Uber for over four years, his percentage of the fare has increased from 80% to 90%. With his portion of the proceeds, he covers all his own expenses, including the decision to upgrade (and afford) the car he was driving. His positive ratings from passengers apparently also move him up in the ranking for notifications in his area when he’s looking for his next fare.

In the waiting area at LAX, I couldn’t help but compare the two transportation modes to the evolving status of publishing. Taxis and traditional publishing seem established and “safe” while Uber and independent publishing seem riskier. That risk level in the newer technologies drops, however, as the concept grows and evolves.

So how does transportation compare with publishing? While a few big names still pull in significant advances from traditional publishers, midlist authors have been cut left and right. Royalty rates are puny and print runs are decreasing. On the plus side, the publisher covers most of the production costs for the book. Likewise for the taxi driver, the rate of pay is reduced, but the cab company pays more of the expense—which sometimes means a sleek towncar and at others, a rust-bucket you hope makes it to your destination. The author may be assigned a top notch editor and talented cover artist, and receive superb marketing placement. Or he or she may end up with a new untested editor and little publisher support.

Like the Uber driver, the independent author can potentially earn a much larger royalty but also must cover his or her business expenses. The author has the choice of where to spend and how much capital to allocate. New car/clean up the existing vehicle? Hire a top notch editor/ask a friend to beta read? What can the author competently handle and where is it better to hire experienced assistants? Each step has financial repercussions. And each person must make the career choice they feel is correct for them.

The most important decision the author (and driver) must make however? What will give the passenger/reader the best experience?

Because isn’t that what it’s all about?

By the way, I’m sure you’ll be surprised to hear that next time I’m in LA, I take Uber rather than stepping into that taxi.

Visit her at her website or her Amazon author page.
Posted by CathyP at 4:50 PM