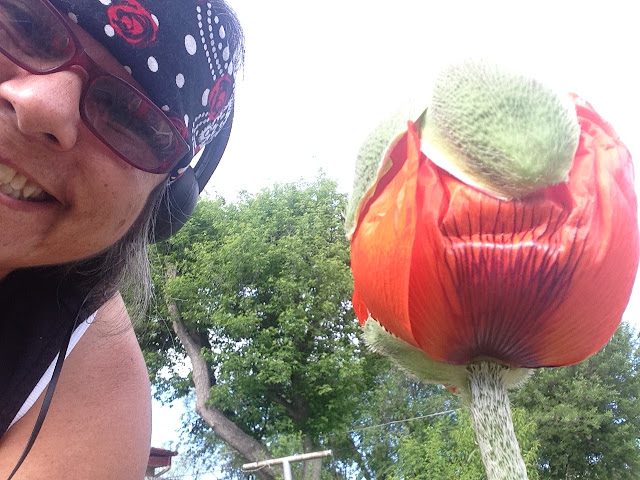 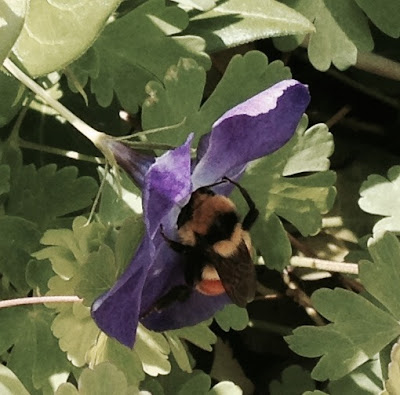 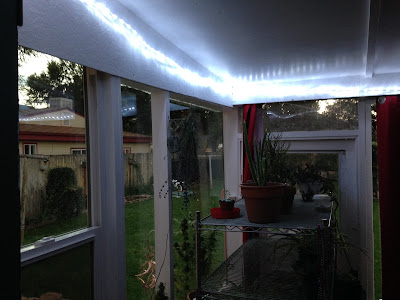 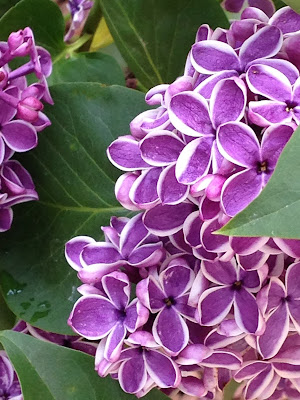 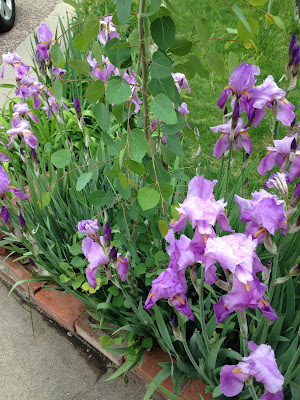 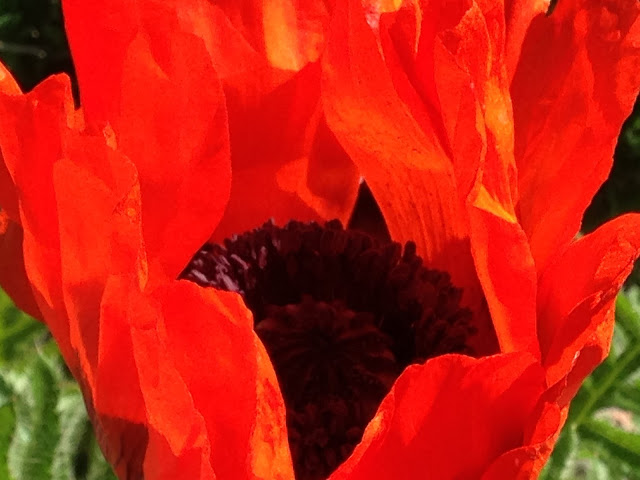 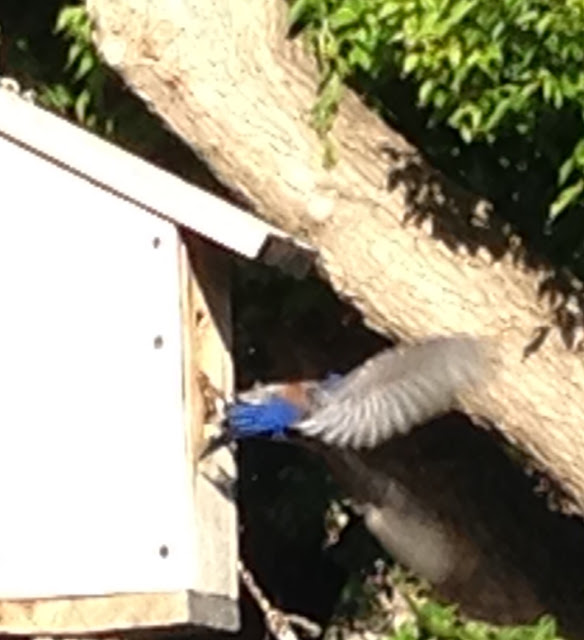 I’m home enjoying the hot gardening days of July; my back yard is an oasis. Some call it the Garden of Eden.  I call it my Chicana Garden. I sit in my sunroom/moon room and watch the birds as they dive bomb the grasshoppers. I have a clothes line next to one of the birdhouses.
A couple of bluebirds moved in this spring and they are busy feeding their young. When I hang laundry, the male attacks me. The female watches and guards the nest; the male hunts for food. We feed the birds and have two birdfeeders, but I’ve never seen the bluebirds eat there; they prefer to keep to themselves and prefer bugs, I guess.
I prefer to keep to myself too, I guess. I like it when my husband leaves for hunting trips and goes in the high country to find elk. He loves hunting. I love reading and writing.
So sometimes, I go away and leave home to write. I’ve stayed a weekend at a hotel in el valle and just written until I dropped. I’ve gone to writing conferences and workshops where my only job is to attend seminars by excellent master writers and to finish my manuscript.
Some nights I toss and turn until I give up and sit down to write. I’m happiest when I’m allowed to write or read and no one bothers me. I quit answering my phone, texts, emails and concentrated on writing. I forgot to pay bills, I missed dentist appointments and alienated myself from my family and friends. I had to train them to leave a message if it’s important. They no longer pop in unexpected, expecting me to serve coffee and cookies. I meet them at the door and tell them I’m working.
My son says I’ve forgotten about him; not true. But he has forgiven me for neglecting to keep in touch. He’s going on 44 years old this year and I’m turning 60 next April. My life has been about him. Now it’s about me. Not my husband, not my son, not my mom, friends, me. Me. Me. Me.
I went to college in 2004. Graduated in 2008. I wrote and published two books of poetry and a chapbook since then. I’ve written my memoirs, Gathering Momentum and put it away for the time being. It was kind of depressing revisiting all of my haunts and ghosts. I decided to do what I love. I’m writing my first murder mystery.
At first, I was consumed. I did my first and probably last NANOWRIMO, national novel writing in a month, in November last year and jumpstarted my manuscript. I had to write 50,000 words or more in 30 days. I wrote morning, night, day, I wrote in my head while I was in the shower, while I was doing the laundry, cooking dinner, I wrote nonstop. I burned out. I had to take a break. So I began working on another project, my One Woman Show.
My idea is that if I just keep writing, I’ll retain my sanity. So much for that idea. I’ve gone mad several times in my drive to finish projects. But I finish. I am so close to finishing my novel, it hurts. I want to just go away and write and finish the story.
So, I started printing sections and came up with seven sections in my manuscript. I revised part I, the intro to the characters, Atlanta, the Love Shack, the Owl Cigar Store, the crime scene, the homicide division, and it went quickly.
I’m working on section II, the investigation. This is where all of those nights reading mysteries and nights watching CSI comes in play. I had no idea that I have such a devious mind. I love leaving clues, dropping red herrings, and solving crimes.
I researched prostitution, genocide, murder. I enlisted the help of my transgender friends to guide me on the intricacies of creating a realistic character that was a transgender woman. I contacted a couple of friends from high school. One a detective, the other a criminal investigator for their expertise. I listened to hours of music and used it to motivate me. I went through a couple of printers and laptops.
The result of my hard work is that now I have a rough draft to polish. When I read through to revise and edit, I say to myself, “Who is a writer? Huh? Who has three books of poetry published? Huh? Me, that’s who.” Then I say, “This isn’t bad, but you don’t want it to be good; you want it to be great.”
My mentor Sandra Cisneros gives lots of great advice. She told me, tell great stories. She holds me to a higher standard than I had for myself. I thought I could skate being a good writer. Now, I know, I have to be a great writer, or why bother. I don’t want to be famous. I just want to die someday knowing I gave my best. I want to live forever in my words.
Posted by The Stiletto Gang at 3:00 AM