Gratitude Inspired by a Psychopath

Some time ago, The Stiletto Gang Bloggers gave two thumbs up to the idea of choosing a subject to blog about every month. We also agreed that if the idea didn’t grab us, we could write about something that did.

In the past, I’ve written on and off-topic. This month’s theme, “gratitude” really grabs me. So thanks, Bethany, for the reminder . . . and challenge.

Challenge, because I’ve scheduled Book 2, The Lost Days in my psychological thriller MisFit Series for release the day after Thanksgiving. I am, from time to time questioning my sanity on this decision as well as the decision to write the whole dark, disturbing series.

Focus on gratitude gives me pause to rethink.

Eleven-year-old Michael Romanov, the character at the center of the series, is a psychopath. We all have childhoods, right?

Michael feels no sense of attunement with anyone . . . except, perhaps, a thread-thin regard for his only friend, Dimitri. Dimitri is the one person with whom Michael has ever experienced any familiarity. Their real affinity is their differentness not just from their peers but from the human tribe.

Michael claims his mother rejected him at birth. How is that possible? What could he have done to deserve her refusal to express affection toward him? Praise him? Touch him?

Ultimately, gratitude boils down to social connection. Michael feels only resentment toward his bullying brother. His father’s too frequent business trips allow no time for bonding—if his father even cared.

Uber-smart and handsome. Michael has no visible physical deformities. He lives a life of privilege. Yet he finds nothing for which to feel grateful since no one acts on his behalf. No one offers him protection from his brother’s intimidation or his mother’s neglect. He is a misfit. An outcast by those who should include him in their circle.

Although this character is a creation of my imagination, I’ve met people with varying degrees of his alienation and lack of gratitude. Like you, I’ve read about young men (almost always men) with dark hearts who kill innocents—often children. Regret doesn’t come up on their radar.

When I meet these people or read about them, I am grateful for a mother who taught me to read early. Who did her best to encourage my curiosity. To protect me if I followed that curiosity to extremes. To love me with all my imperfections.

Michael’s mother is the antithesis of mine, but in the case of psychopaths, I don’t think ‘blame-the-mother’ peels back all the layers of the onion. In Michael’s case, I know as the author that brain damage plays a significant part in his inability to retrieve emotional memories—the basis for learning from mistakes. Additionally, he teeters on the edge of puberty—a period when the brain becomes a huge chemical cauldron.

Nature and nurture (none in his case) intermingle to wire his brain differently. No surprise he feels no empathic connection with others.

So, I am grateful after writing these six books to realize there exist humans whose full stories I will never know fully. Mostly, I am thankful for a healthy brain. I give thanks every day for friends and families and memories and stories that keep me from jumping that divide Michael crosses.

Here’s an excerpt from The Lost Years:
The sun’s eerie summer glow disoriented me as much as the headache hammering my skull. Or maybe my confusion came from the man seated next to me, his foot placed at the top of Dimitri’s spine. I gritted my teeth. Dimitri lay crumpled face down in the space behind the driver’s seat. His legs were folded under him like a penitent waiting for absolution.
The man in the front seat turned and flashed a mouthful of piano-white teeth. His piercing blue eyes glittered. I stared. Without the baseball cap, his copper-colored hair glowed in the golden evening light.
He laughed as if I’d said something funny. “For a boy who killed his mother three months ago, you have a face that borders on transparent.”
“You-you’re not American.”
“And you’re not Finnish—despite your mother.”
Involuntarily, I snorted.
Nostrils flaring, he cuffed my right temple with his knuckles. “I already know what you think of your mother.”
My ears rang. Involuntarily, my fingers flexed and twitched as if I’d been electrocuted. I wanted to hit him. Smash his face. Kick his Finnish teeth down his throat.
“We are going to see,” he said, “just how tough you are.”
****
Scary comic books, nineteenth century American literature (especially Poe, Hawthorne, and James), plus every genre in-between have influenced AB’s writing. Teaching adolescent boys and working with high-testosterone Silicon Valley tekkies opened up new insights into neuroanatomy and behavioral psychology. She lives in the shadow of Google, writes and walks daily. She participates in a brain-building aerobic dance class three times a week.

This link takes you to The Early Years on Amazon. 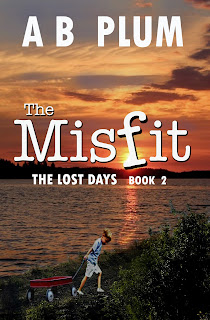