Since we read and write cozy mysteries, there was a high probability that we’d also like
British mystery shows. We do. And not just the mysteries, but also the cooking, drama, and comedy shows. In fact, British TV has been popular for a while—well before the smash hit Downton Abbey. Did you know American Idol, Dancing with the Stars, Wife Swap, and Who Wants to be a Millionaire? were based on hit British shows?  Obviously, we’re not the only ones who like British TV. 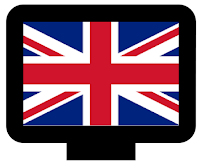 Since the arrival of Netflix, Acorn TV, Amazon Prime, and Hulu, there are more and more opportunities to stumble over shows that are just the bee’s knees!


Why are we so drawn to them? It’s pretty simple: British TV is heavily character driven. The characters quirky, eccentric and still vulnerable, have a dry wit, are sarcastic, and some aren’t even likable. These are flawed, non-cookie-cutter characters who find themselves in extreme situations, whether drama or comedy, yet feel so realistic you find yourself rooting for them to get their act together and succeed. Plus there’s the fun English accent. 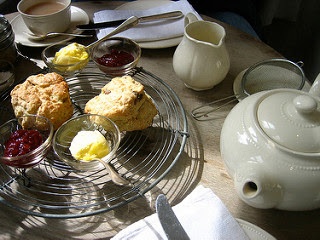 Of courses there’s the food. Most of the time we have no idea what the Brits are eating unless it’s a delicious pastryIn . Crumpets, scones, buns, tea cake sandwiches, biscuits. Our stomachs are growling just writing this blog!

We’ve definitely binged on our share of British TV. What happens when you watch too much? Well, you start using words like lovely, bollocks, bugger, nutter, daft, gobsmacked, tosser, dodgy, and cheers. You crave scones, fish and chips, Victoria sponge, shepherd’s pie, and pasties. You take drinking tea seriously, even going so far as to buy a lovely porcelain pot and loose leaf tea, and begin to hone the perfect cuppa tea (that would be pouring boiling water over the tea in the pot, let it steep for 2-5 minutes, remove the tea, adding a splash of milk and then sugar.) And sometimes, you accidentally-on-purpose slip into a really great American version of an English accent.

What about you, luv? Did we miss your favorite? If so, let us know. We’re always open to recommendations.

Sparkle Abbey is the pseudonym of two mystery authors (Mary Lee Woods and Anita Carter). They are friends and neighbors as well as co-writers of the Pampered Pets Mystery Series. The pen name was created by combining the names of their rescue pets--Sparkle (Mary Lee's cat) and Abbey (Anita's dog). If you want to make sure you're up on all the Sparkle Abbey news, stop by their website and sign up for updates at sparkleabbey.com.

photo credit: adactio Tea and scones via photopin (license)
Posted by The Stiletto Gang at 1:30 AM