A Life of Her Own 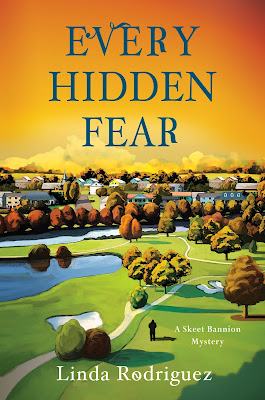 My husband came home after a run-in with someone at work who inherited wealth and who specializes in not doing the work she’s responsible for, creating discord and trouble for/with everyone who works with her, and then having loud, angry, public meltdowns to get her way. Husband’s the only one at work who will stand up to her, and once again he’d had to draw a line in the sand and tell her that her behavior was inappropriate. Our son asked how she can possibly expect to keep her job with such incompetence and unprofessional behavior. I told him she felt entitled because her inherited wealth had always cushioned her from consequences and quoted someone, as I often do. It could have been Helen Keller, Emerson, the Dalai Lama, Eleanor Roosevelt, but this time it wasn’t. I quoted from my newest book, Every Hidden Fear, which I’d just spent the day with as I pored over page proofs. “As Skeet says, ‘It’s amazing the crap people will put up with from someone with lots of money.’”

My son looked at me with a little concern and said, “You do know Skeet’s not a real person, right? I mean, she’s not really alive. She didn’t really say that—you did.”

Of course, technically, he’s right. I write every word that comes out of Skeet’s mouth. But Skeet says and does things that surprise me all along. I can begin a book or chapter or scene expecting to write about Skeet doing this and saying this, only to find once it’s written that Skeet’s actually doing and saying something else entirely, something I never intended or planned or even wanted.

Skeet’s not the only character who’s become her own person. I have some others from the Skeet books and from other stories and books I’ve written or am writing who have come to life and move and speak in ways I don’t expect. It’s an extension of my lifelong reading, in which beloved characters come alive for me and continue their adventures in my head long after the book’s adventures are over.

I just notice it in Skeet so much because I’ve written three books with her and am planning the fourth, planning that she will blithely disregard as soon as I allow her on the page again. So I quote Skeet and other characters and ask myself what they would do in certain situations that call for strengths they have that I don’t. And yes, I am aware that very little separates me from the bag lady with the shopping cart who walks down the street having arguments with the voices in her head. I just don’t do it in public—yet.

So, tell me, am I alone in my affliction, or do you also have these people in your head who insist on living lives of their own?

NOTE: I am still not able to reply to comments here, but I'll respond on The Stiletto Gang Facebook page, so visit us there at https://www.facebook.com/stilettogang.
Posted by Linda Rodriguez at 8:40 AM