Can’t We All Just Get Along?

No matter where you fall along the political spectrum, you have to admit it’s been a divisive few years. Couple that with a pandemic and various conflicts going on across the globe, and it’s a wonder we all don’t crawl into bed, pull blankets over our heads, and refuse to come out. And we’re adults. Think about how our children must feel.

If you have a young child on your holiday shopping list, you might want to consider purchasing a copy of The Magic Paintbrush as a gift. Without being preachy, The Magic Paintbrush addresses the issue of differences, in this case, a kingdom that’s all pink at war with a kingdom that’s all blue for longer than anyone can remember—so long that no one even knows what started the feud. It takes two children from another land to point out to the rulers of both kingdoms how we're really all the same inside and the benefits of everyone getting along.

Now if only people in the real world would do likewise….

I originally wrote this story for my own grandchildren, but the reception I received convinced me I should send it out in the world for others to enjoy—and learn from—because the lesson taught is one the world really needs right now. 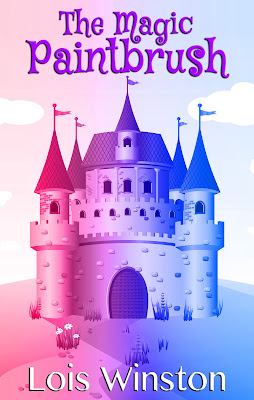 When nine-year-old Jack and his seven-year-old sister Zoe are snowed in for days with nothing to do, their complaints land them in every guy’s worst nightmare—the kingdom of Vermilion, a land where everything is totally pink! At first Jack is mistaken for a spy from the neighboring kingdom of Cobalt, but Zoe convinces Queen Fuchsia that they’re from New Jersey and arrived by magic.

Queen Fuchsia needs a king, but all the available princes in Vermilion are either too short, too fat, too old, or too stupid. Jack and Zoe suggest she looks for a king in Cobalt, but Vermilion and Cobalt have been at war since long before anyone can remember.

Jack and Zoe decide Vermilion and Cobalt need a Kitchen Table Mediation to settle their differences. So they set out on an adventure to bring peace to the warring kingdoms—and maybe along the way they just might find a king for the queen.

The Magic Paintbrush is suitable for children eight years of age and up to read on their own. Younger children will enjoy the story if it’s read to them. You can read an excerpt here. 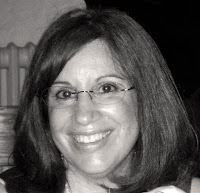