This afternoon my husband asked me an upsetting question. “Are fewer people reading books these days?”
I gulped. “Yes,” I replied, “but I try not to think about it.”


On the one hand, I see statistical reports monthly and year-to-date and this year versus last year. The trend is down, slowly but steadily down. This depresses me. 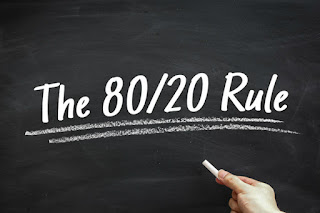 On the other hand, I hang out with writers and readers—both in real and in virtual life—leading to a false sense of euphoria. Why, everybody reads and buys books and complains about no space in their homes for ever more books. Heated debates appear online about the virtues of e-books and paper books, which is better and why. In truth, my world is replete with readers. Everyone cares, and cares enough to argue heatedly, but usually civilly, which is nice in this fraught climate of ours these days.


Twenty years ago I learned how important it is to “compartmentalize” one’s mind. President Bill Clinton was said to have mastered this skill as he went through his impeachment crisis. Perhaps I learned how to compartmentalize my views on today’s declining book sales from reading about his ability. Who knows?
So today, after I gave my husband my anguished answer, he scuttled off to his French class and I was left to ruminate on the conditions of publishing today. That is when I remembered the 80/20 rule.


Have you heard of it? I first learned about it in a marketing class in the 1980s. The concept seemed unreal to me at first. The professor said that 80 percent of a product was bought by just 20 percent of customers. Therefore, the marketers had to define their target market and sell to them. That way led to high sales and success.
Since that time I’ve seen the 80/20 rule applied to all types of situations. I have also learned that this rule was first promulgated in 1906 by an Italian economist named Vilfredo Pareto. His research showed that 80 percent of land in Italy was owned at that time by 20 percent of the country’s inhabitants. From there the 80/20 rule was applied to many other areas of human endeavor. Also known as the Pareto principle, the 80/20 rule is now used to describe almost any type of output in the real world. The rule is commonly used to analyze sales and marketing. Companies must dissect their revenues to understand who makes up their core 20 percent of customers…or readers as the case may be.


At this point you probably are wondering what this has to do with my concerns for declining book sales. The answer is simple. The 80/20 rule relates to the two parts of my brain. There is the joyful part of my brain that focuses on my friends who love reading and buy many, many books every year—every month and even every week. That joy lives because of my acquaintanceship with people who make up that blessed 20 percent who buy 80 percent of all books.
That happy part of my brain hums along, plotting my current work in progress and planning future books to write. It willfully ignores the other piece of my brain in which knowledge resides that book sales are declining.
When I unlock that gloom, I allow myself to think of my neighbors’ house, where I have never seen one book, and not even a magazine. While I know the whole family can read, that is not the problem. They simply do not choose to read books. Since they have lived next door for at least 15 years, I know that even before the explosion of online media, they read no books, magazines, or newspapers. The two children read, but it is only on iPads and cell phones, and usually just for gaming.
This leads me to share an anecdote that happened a few years ago. Two of my friends were discussing what to give a third pal for his birthday. The first friend said, “How about a book for John?” The second friend replied, “No, he already has one.”
Although I thought that was hilarious—and apt in John’s case—I also wonder if that could be said of more and more people today.
I cannot change a societal trend. What I can do is focus on the 20 percent of people who still read and love books. These are my people. I shall write for them. Should I be so lucky as to have one of my books connect by some miracle with a non-reader, I shall hope to ensnare her or him into the grand world of the imagination, found in books. Be they real or virtual, books contain multitudes of wondrous imaginings. What a pity if someone misses out on all that magic.