Last week I was at the 2016 Bouchercon convention held in New Orleans. I spent 7 days there and on the fourth day I became sick. Anything that happened after that I do not recall as I was in a zombie-like stage following the flow.

I arrived in New Orleans a couple of days before the start of the convention to get in some sightseeing. First on the agenda was a 2-hour highlights tour of New Orleans. We stopped at Willies for our first taste of New Orleans foods eating Chicken Fingers and it was delicious. Then onto our tour where we saw the sights and sounds of New Orleans that included a stop at St. Louis Cemetery #3, a stop in City Park where we had our first taste of beignets amid a thunderstorm and lightening. Then off to tour Katrina and it's aftermath. Our final meal of the day was at Creole House where I had the Taste Of The Bayou which is a combination of bayou traditions: Chicken & Andouille Gumbo, Crawfish Etouffée, Red Beans & Rice and Cajun Jambalaya.

The next day we walked to the Aquarium only to find it closed. Then we took the railroad to Jackson Square. We strolled in several of the stores on our way to Café du Monde. We sat in Jackson Square Park and enjoyed the shade and then headed back to the hotel. We had lunch at Palace Café and for our evening meal, we went to Mimi's for TAPAS. I always wanted to know what it was. I. ATE. DUCK. I also sampled salmon and broccoli, the steak and I ate the grapes from the fig and date dessert.

Tuesday was my day to volunteer, so I helped stack books for the Book Bazaar and was impressed with how it was set-up. Then we took a trip to Central Grocery, home of the Original Muffuletta Sandwich. A traditional-style muffuletta sandwich consists of a muffuletta loaf split horizontally and covered with layers of marinated olive salad, mortadella, salami, mozzarella, ham, and provolone. Then a group of use headed to Napoleon House where I. ATE. ALLIGATOR. It was very gamey but good as I ate all of it while left the regular sausage on my plate.

Wednesday, I went on another on another 2-hour tour, this time St. Louis Cemetery #1, where we saw plenty of mausoleum and shrines. We even saw the tomb that actor Nicholas Cage has built. Then it was off the the BOLO Books soiree where we dined on appetizing snacks and imbibed Lemoncello. A good time was had by all.

Thursday was the first official day of the convention and my panel was at noon. We were given a 3-section room and I was surprised that it filled up as it did. The opening ceremony featured the guest arriving on floats. That was fun.

Saturday I attended Ellen Byron's book launch for Body on the Bayou at Hall-Barnett Gallery where the appetizers were appetizing and the drinks flowing. Another good time was had. 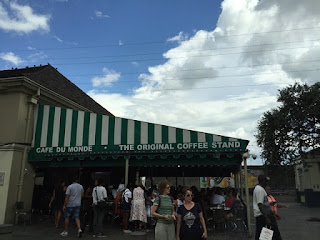 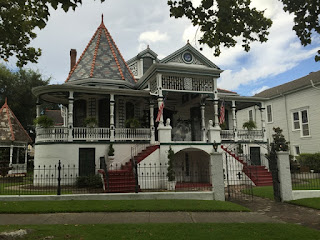 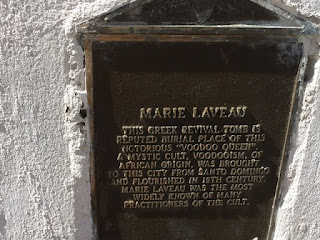 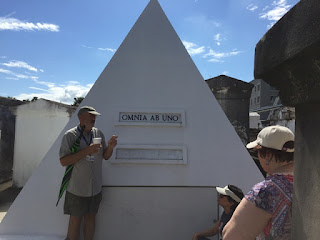 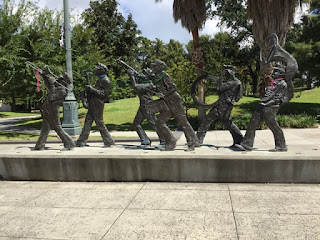 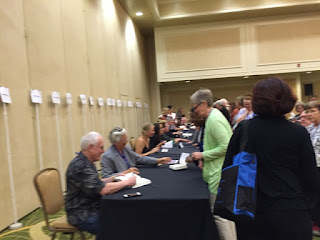 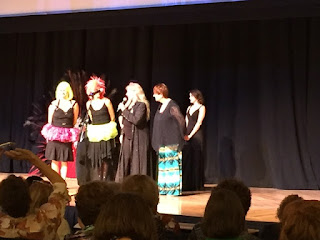 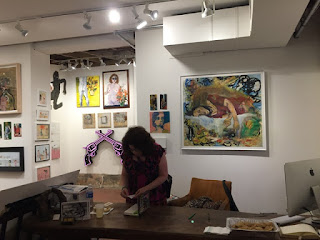 Have you ever attended an author/reader convention?
Posted by The Stiletto Gang at 1:00 AM