Of late, I’ve been trolling advertising from the 1970s. Call it research. Call it the human tendency to slow down and gape at a disaster.

Seventies advertising, Mikie and his Life cereal excluded, was not a high-point for Madison Avenue. Women were objectified and belittled. Girls were sexualized. 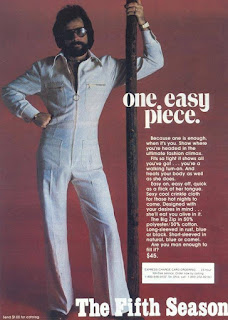 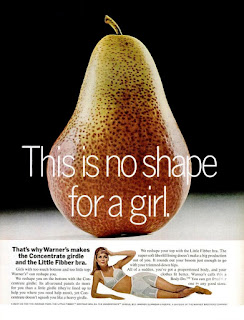 It was not until 1974 and the passage of the the Equal Credit Opportunity Act, which made it illegal to discriminate against someone based on their gender, race, religion and national origin, that a woman could have a credit card independent of her husband.

Until 1978, a woman could be fired from her job for being pregnant.

Until the mid-seventies, a could not refuse to have sex with her husband.

Thank heavens, the times they were a changin’.

In 1974, Jackie Onassis got a job. A woman who didn’t have to work began a career and suddenly the idea that women could find fulfillment outside the home went mainstream.

Heck, even Edith Bunker stood up to Archie.

What I love about the seventies is the sea change. The shifts in attitude that took hold and shaped the next decade, the one in which I came of age. Those shifts, the struggle between the old and the new, inform the Country Club Murders far more than memories of Watergate or Tickle deodorant.

ulie Mulhern is the USA Today bestselling author of The Country Club Murders.
She is a Kansas City native who grew up on a steady diet of Agatha Christie. She spends her spare time whipping up gourmet meals for her family, working out at the gym and finding new ways to keep her house spotlessly clean--and she's got an active imagination. Truth is--she's an expert at calling for take-out, she grumbles about walking the dog and the dust bunnies under the bed have grown into dust lions.