I'm Canadian, did you know that? Born and raised in Toronto and have lived within a two-hour drive of that city ever since. Many Americans are surprised when I tell them I've never been to Vancouver, British Columbia. After all, it's in Canada too, right? Except Vancouver is over 2,000 miles away from Toronto! Not exactly next door. And while I've always wanted to go there, travel in Canada is expensive and (here's a secret) I'm not exactly earning Steven King money.

Then the good folks at Left Coast Crime agreed to host their 2019 conference in Vancouver! At last, a reason to visit, with the added bonus of being able to write off at least a portion of my travel. I'm already planning my (non-tax-write-offable) side trips to Whistler and Victoria and have booked a full week at the host hotel. 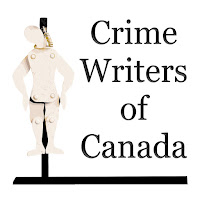 What's also exciting is that this is my first Left Coast Crime, I have two books released in 2018 (A Hole in One and Past & Present) to talk about to anyone willing to listen -- and I am also the Crime Writers of Canada LCC Member Liaison (a fancy term for making sure our members have their CWC buttons, and for organizing a silent auction gift basket on behalf of CWC - so far we have 27 members attending).


The countdown is on!

PS If you're going, I'd love to meet up with you sometime during the week, even if it's just for a quick cup of tea or coffee. Leave a comment and we'll figure it out. Judy
Posted by The Stiletto Gang at 4:00 AM