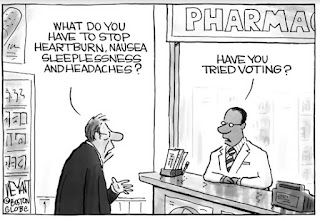 I have this thing where I use story telling to help my clients understand growth. It's a pretty simple formula, I say. All character growth comes from the resolution of conflict. 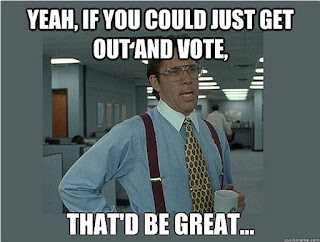 In every life, there is a before, a status quo, or where things are at the beginning. And then something happens, or someone wants or needs something. This creates a conflict. And this thing that happens, or that's wanted or needed? It's too big or personal or important, and that means the protagonist can't ignore it and gets locked into to the path to go out and change said big thing, or pursue said wants or needs. They have to move through the conflict (or series of conflicts) and get to the other side. And doing so helps them grow.

Conflict then is not inherently a bad thing. Almost every conflict has the potential for growth inside of it.

Right now in America, we are reaching what feels like the zenith of a conflict that has been brewing for decades. I would argue that in some way this conflict was built into the very founding of the nation, and what caused us to almost split apart in the past. The United States stayed the United States, but it has never really been united. 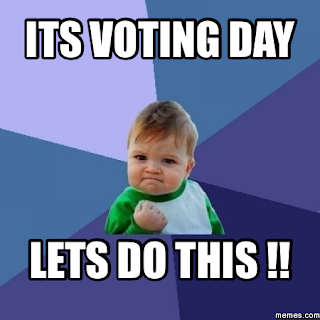 But while the nation has been marked by internal conflict, most of the time those conflicts ultimately pushed the nation forward, helping America progress toward the ultimate goal of a state of true equality for all. America has found a way to grow through the conflict.

I feel like this election is another chance for that type of growth--the type that comes when things are too big, too important, and too personal to allow protagonists to do anything other than move forward.

So today I'm asking the our American readers to do something truly heroic--go out and vote. And maybe America can use all this conflict to grow toward something better than it was before. 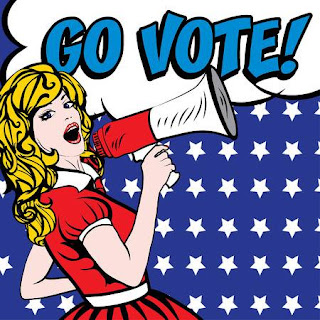 ***
J.M. Phillippe is the author of the novels Perfect Likeness and Aurora One and the short stories, The Sight and Plane Signals. She has lived in the deserts of California, the suburbs of Seattle, and the mad rush of New York City. She works as a clinical social worker in Brooklyn, New York and spends her free time binge-watching quality TV, drinking cider with amazing friends, and learning the art of radical self-acceptance, one day at a time.
Posted by J.M. Phillippe at 2:44 AM