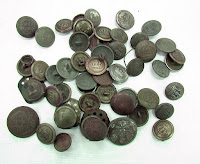 My mother was raised in a time when you didn't waste anything: scraps of fabric left over from sewing or hemming a pair of pants, odd buttons and pieces of lace or ribbon, these went to making clothes for my Barbie (actually I had a Midge, never have been a conformist, but I digress).

When I was a kid, Fridays were grocery shopping day, probably because that's the day my father got paid. That meant Thursday was Eintopf day (literally translated to One Pot from German). Nothing leftover in the refrigerator was spared: a chicken leg, some broccoli that was heading into yellow-green territory, a eye-sprouting potato, even the [raw] turnip my dad and I had managed to avoid eating through the week—it all went into the pot for soup. Sometimes those soups were amazingly delicious; other times...well, let's just say turnip does not belong in soup.

Recently, while working on the first draft of the third book in my Marketville Mystery series, I got to thinking how much a first draft is like Eintopf. You toss all your ingredients (ideas) in the pot (page) and keep on stirring (typing), hoping it will taste good (read well). And the stuff that doesn't (turnips) finds it's way into yet another folder filled with bits and bites of stuff that didn't get used...this time.

What can I say? I am my mother's daughter. And yes, I still make Eintopf. But I never add turnips. 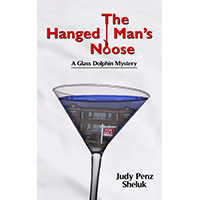 BLATANT SELF PROMOTION~
The Hanged Man's Noose is now in its Second Edition with a new look PLUS a four-chapter excerpt of A Hole In One. Pre-order now on Amazon, Chapters.Indigo, Kobo, Kindle, Nook, GooglePlay or iBooks for Nov. 8 delivery. $14.99 print/$3.99 eBook.