Writing What You Know ... Sort Of

By Guest Author Loretta Wheeler
Thanks to Loretta for stepping up to fill my first Monday of the month spot. I'm away for most of July, sitting on the dock of the bay, wasting time. Judy Penz Sheluk. 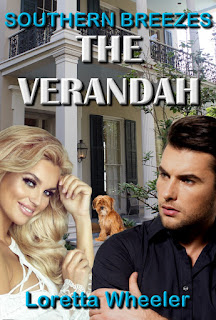 The phrase writing what you knowis almost a cliché for writers. But, I thought I’d address it a little differently this time, including a “sort of”in the title, since my stories in the Southern Breezes series have a ghost or two in them. I don’t really know any ghosts. I’ve had a couple of clairvoyants in my life that have, but I haven’t. Thank goodness. My ghosts in the Southern Breezes series are the friendly sort, but you know, they’re still ghosts. So, in being truthful, I really can’t say I know this side of things first hand, but I can say I’ve researched it well. And that’s where the“sort of”, comes in.

Now, on the natural plane, I’ve either been for a visit to the areas I write about, or I live near them. In the Southern Breezes series, I purposely set the stories in Galveston so I could drive down at the drop of a hat if I needed to see something for myself. And as writers know, it isn’t just the visual that helps us with our story; it’s the taste, touch, smell and sound. Especially in Galveston. How do you write something set there without the sigh of the waves as the backdrop?
So, living nearby is a definite plus for me. Of course, then I battle the desire to stay, or possibly move there, because the call of the ocean and the furling of banana trees blowing in the wind really makes you want to go all Tommy Bahamas. 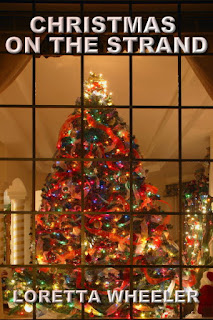 But, even though I live close, there are still a lot of things I keep discovering about Galveston. And the pearls of information I find, I incorporate into the stories. For instance, did you know that the storm of 1900 not only devastated the island, but left its own unique recovery problems of which few are aware? One of the buildings they were trying to raise kept tilting from side to side each time they tried to lift it. The crew on one side would tighten the jackscrews to raise the building, but the crew on the other side could never match them at exactly the same level at the same time. Frustrated and exhausted, one of them finally came up with the idea that a drum could be used, setting the pace to turn the ropes at the same rhythm. When I heard that, I could hear the drum in my mind. And of course, that opened the door for one of my characters to come thundering through, drawn by the sound of the drum’s beat. I tell myself my character knew that and was just waiting for me to discover it. 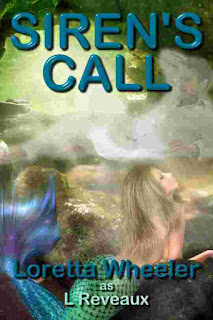 Like forgotten drum beats and changes in the terrain, Galveston has a unique history, filled with tales of the past and of hauntings. You can find stories of hauntings almost everywhere on the island, (something I did know). And because of that, you can also find them in my Southern Breezesseries, along with a scruffy dog named Charmin’, and a clairvoyant who helps the people deal with these highly spirited beings. But, just to keep you feeling comfortable, I can promise you’re going to like the ghosts, along with the dog, and the group of women who’ve returned to the island. The women are at that age of knowing who they are and what they do and don’t want. So they knew their storylines well, or maybe I should say they know them well until they met the ghosts.

Loretta Wheeler lives in the south along with her Australian husband, their cat Lil’ Dickens, and their dog, Jack. Both pets are rescued fur-persons who are very much loved. Most of Loretta’s writing is set in southern locales, whether in the thriller or romance genre. Find her at http://author.lorettawheeler.com