Writing and the Pursuit of Happiness -- T.K. Thorne


Life, Liberty, and the Pursuit of Happiness.

Thomas Jefferson felt those three things of such importance, he wrote them into the Constitution of the United States and dubbed them “unalienable rights.”

But what do they mean?

“Life” isn’t a hard one. I like breathing as much as the next person. “Liberty” may be more nuanced, but we know, at the least, it means freedom from tyranny. But the “pursuit of happiness” has always kind of confused me.

For most of my life, the desire of my heart was to have a horse. My poor parents had to endure the steady entreaties of my obsession, begging that did not wait for gift-giving holidays.  If only I had thought of it, I could have declared it was my right as a U.S. citizen to have a horse because that was the only thing that would grant me happiness. 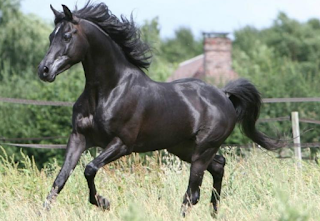 My sharp mother would have most certainly pointed out that having the horse was not my right, only pursuing it, which I was doing.

Still, the questions remain.  What is happiness and why do I have a right to pursue it and just how do I pursue it? This is not a frivolous question. Please bear with me for a tiny bit of history.

Thomas Jefferson was a self-declared Epicurean. Epicurus was a Greek philosopher who lived from 341 BC and 270 BC, about 2300 years ago.  He emphasized pleasure as the highest goal of mankind. The word today conjures up words such as hedonism, luxury, and sensual pleasure, all with a negative judgment attached. This misinterpretation may be laid at the feet of the early Catholic Church who declared Epicurean philosophy a pagan challenge to the Church and, therefore, heresy.   Very bad things happened to heretics.

The original teachings of Epicurus lifted up pleasure not in the sensual, temporary sense, but in the long-term acceptance of oneself and one’s nature that leads to serenity and inner peace. The journey toward that goal actually called for temperance and moderation.  The Greek word worked its way through Greek and Latin into English as “pleasure,” but perhaps in modern terms the word “happiness” is truer to the original meaning.

For the sake of simplicity, let’s distinguish “pleasure” and “happiness.”  Pleasure is the temporary chasing and fulfilling of desire. [I must have a horse, now, or I will forever be miserable.] Happiness is a state of inner peace and balance where life is lived for the most part in the present. [I love and appreciate horses but if I don’t  have the Black Stallion in my backyard, I will still be a complete and fulfilled human being.]

Go tell that to my ten-year-old self. Ha! . . .Obviously, it takes maturity to find happiness.

So happiness is something way deeper than pleasure, something so important and basic that it is our inalienable right to seek it. Wow.

What does this have to do with writing?

Again, bear with me for a short backing up.  One of the components of finding happiness is the ability to live, for the most part, in the present. We humans come with a brain that has evolved with the capacity to plan.  That is a big deal and definitely made a difference in our ability to survive.

Planning is not necessarily limited to humans. Squirrels hide nuts for the winter. (I always thought ants stored food too, but unless Aesop was talking about the Messor aciculatus species, that was just a fable.) What we don’t know is if the squirrel is aware that the tasty nut he hides will feed him come winter or if he just acts on instinct, but whatever.  The important thing is that we humans are wired to plan. In ancient days, we sought a cave for when it got dark and dangerous or rained or snowed. We smoked meet to preserve it. We learned to grow and store crops. Now we shop at the grocery store but usually for at least a week’s worth of food.

That’s the good side of concern and subsequent rational planning, but there is an evil twin lurking.  Her name is “worry” on a light day, and “anxiety” on a dark one. Our minds can go into hyper drive about the future or the past. Angst and regret are children of the mind’s tendency to dwell in a time that is not the present. [How’s that for mixed metaphors? *sticking out tongue * It’s my blog and I can do it if I want.]

Memory can be a friend that saves us from repeating mistakes and gives us direction for decision making.  Or it can be a pleasant companion. It can also be a special hell on the road away from happiness. [See above.]

The answer according to Buddha and Epicurus is to find a way to live in the present because that is the only experience that is real, that is truth. There are other aspects of this, but let’s stay with this one—living in the present, also known as mindfulness.  Step One used by Eastern seekers of happiness is meditation.  There are lots of ways to meditate, but the primary goal is to practice bringing the wandering mind (lovingly) back to the now.

We writers are rarely in the now.  We are dreamers.  Our mind wanders as easily and naturally as breathing.  [Sitting down to dinner and noticing silverware while guests talk about politics of the day: How would I hide that knife in my clothing if I were kidnapped—though I put up a brave fight and a breathtaking chase on my black stallion—and a prisoner in the castle of an evil man who wanted to marry me against my will?]

Writers spent a great deal of our lives dreaming and “living” with characters and situations in made-up worlds, so engrossed that the real world, the present, and the passage of time are completely unnoticed.  [Really.  Ask my husband.] We are not in the here-and-now. You can’t get more “elsewhere.”

That makes us failures at Step One, right?

Meditation is not an end of itself.  It’s a tool. We exercise and eat well in order to have a healthy body that can do the things we want to do—walk, run, swim, not be in pain.  Unless you are a monk, meditating all day is not the goal. The goal is happiness.  Mindfulness is a state of attention that is conducive to the path or way of being happy.

“By devoting full attention on what we are doing in the moment, we can alleviate suffering, fear and anxiety. .. . mindfulness encourages us to refocus. Practicing mindfulness enables us to get better at redirecting our thoughts back to what we’re actually engaged in.”

Wait.  Did you catch that?  Directing our thoughts to what we’re engaged in.

The purpose of meditation is to exercise our focus, so that we can bring our full attention to the moment--to a scene of beauty, a moment of sorrow . . . a task.

When I am writing, lost in the creating or the shaping of what I have created, I am happy. I am not “aware” of my happiness. I just am. I am not judging, not thinking about or worrying about the future or the past. I just am.  It’s my inalienable right.

A retired police captain, T.K. has written two award-winning historical novels, NOAH'S WIFE and ANGELS AT THE GATE, filling in the untold backstories of extraordinary, yet unnamed women—the wives of Noah and Lot—in two of the world’s most famous sagas. The New York Post’s “Books You Should Be Reading” list featured her first non-fiction book, LAST CHANCE FOR JUSTICE, which details the investigators’ behind-the-scenes stories of the 1963 Birmingham church bombing case. Coming soon: HOUSE OF ROSE, the first of a trilogy in the paranormal-crime genre.

She loves traveling and speaking about her books and life lessons. T.K. writes at her mountaintop home near Birmingham, Alabama, often with two dogs and a cat vying for her lap. More info at TKThorne.com. Join her private newsletter email list and receive a two free short stories at “TK’s Korner.”
Posted by T.K. Thorne at 4:30 AM