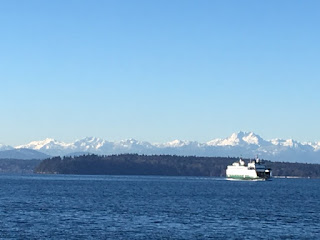 What is it about a writing retreat that makes us so productive?

Is it the creative energy in the house?
Knowing other people are writing away (and you should be too)?
Or is it because you left behind ____ (fill in your own blank) and you better make use of the time?


Way back in 2008, a group of women from the Pacific Northwest finalled in the Golden Heart—and formed a bond based first on writing and then on friendship. Every year since then, we’re gotten together over the long Martin Luther King weekend for a writing retreat. While there’s tons of writing, there’s also laughter and stories, Courtney Milan’s lessons on branding, Rebecca Clark’s yoga sessions and Rachel Grant’s chocolate martinis.


I’m halfway through a new story, with most of the remaining scenes blocked out. I haven’t a clue about the title or cover. Hmm… wonder what the women are doing this weekend?


Have you ever been on a writing retreat? What do you think is the best part?

Cathy Perkins is currently working on an as-yet-untitled story in the So About… series.  She started writing when recurring characters and dialogue populated her day job commuting daydreams.  Fortunately, that first novel lives under the bed, but she was hooked on the joy of creating stories.  When not writing, she can be found doing battle with the beavers over the pond height or setting off on another travel adventure.  Born and raised in South Carolina, she now lives in Washington with her husband, children, several dogs and the resident deer herd.