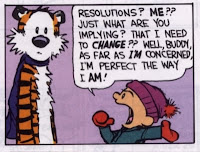 Resolutions always seem to be negative statements.  They pit the resolver against something.  I resolve to lose weight, spend less, give up every fun thing ever, etc.

I much prefer to make goals. Goals take aim and move toward a change. I want to write more, be more healthy, learn French, wake up later.  I don’t think that last one’s going to happen, but it’s more of a lifelong goal.

And then there’s the artificial time construct of the New Year’s that tricks people into waiting to start a change until January first actually rolls on the calendar.  Of course, if I were resolving to do something horrible, I’d put it off as long as possible too.  But if I want to change my life for the better, then why would I wait? Now is always the perfect time to start.

Which is not to say that the turn of the year doesn’t cause me to reflect and take stock of how things are and how I would like them to go. Like a lot of people, I like to assess, predict, and then I make goals.  At the end of December, I jotted down some notes, made some plans and felt good about myself.  I’m usually pretty good at sticking to my plans and I didn’t expect this year to be any different.  But then I didn’t expect to be struck by inspiration that would send me furiously typing down the rabbit hole of a new story.

And now here it is the end of January and I feel like one of those people who’ve managed to blow up their diet and their resolution two weeks after starting.  I mean, I feel guilty about not sticking to the plan, but not really that bad as a shove another chapter in.  In fact, that chapter was delicious and really would it really hurt if I had another?

I can always get back on the plan later, right? 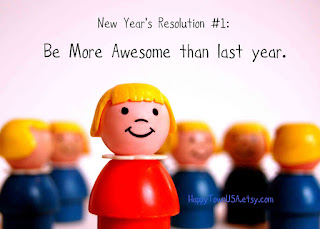 Bethany Maines is the author of the Carrie Mae Mysteries, Wild Waters, Tales from the City of Destiny and An Unseen Current.  You can also view the Carrie Mae youtube video or catch up with her on Twitter and Facebook.