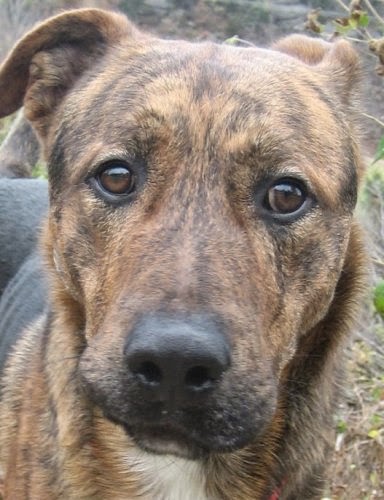 
I’m thinking about this because next week is the adoption anniversary of our current dog, Dyson. Five years ago this fall, we had lost our much-beloved sixteen-year-old Husky-Sharpei, who’d been adopted at seven on what was supposed to be the last day of her life and given us so many more wonderful years. After grieving for a month, we began looking online at the adoptable dogs of local shelters. Hearing that the Kansas City Animal Shelter was overcrowded, we decided to go visit and adopt one of their desperate dogs slated for death.


I walked into the shelter the week before Thanksgiving with certain criteria in mind. I wanted an older female dog who was already housebroken and calm. I knew older dogs were harder to find homes and figured I’d be able to choose among several older females. No stubborn, rambunctious, untrained young males for me. I was no longer the young, strong woman who had trained such dogs years before.


As luck would have it, someone showed us an emaciated, big, male dog with a strange brindle coat, starved and sad-eyed, who was scheduled for euthanasia the next day. He walked placidly for me on the leash and looked at us without hope. My husband and I were hooked by those big sad eyes. Even when we were informed that he had heartworm, which costs hundreds of dollars to treat, we weren’t dissuaded and signed up to adopt him that day, all the time telling ourselves how crazy this was. As we signed papers and laid down money, people who worked at the shelter began to filter into the office. “Are you the folks taking Dyson?” they would ask, and then shake our hands and thank us, telling us what a good dog he was. Then, we found out he was less than a year old, big as he was—and that he was a breed of dog we’d never heard of before, the Plott hound.


Dyson, who should have weighed at least 70 pounds at that time, was so starved that he weighed less than 40 pounds. (The first photo is of him then, the later photo of him now.) He had never been neutered and never been in a house, we discovered. We would have to keep this long-legged creature crated for weeks at first because of the heartworm treatment. If he became too active, he could have a stroke. What possessed us to continue and sign up for this dog, I can’t begin to understand. 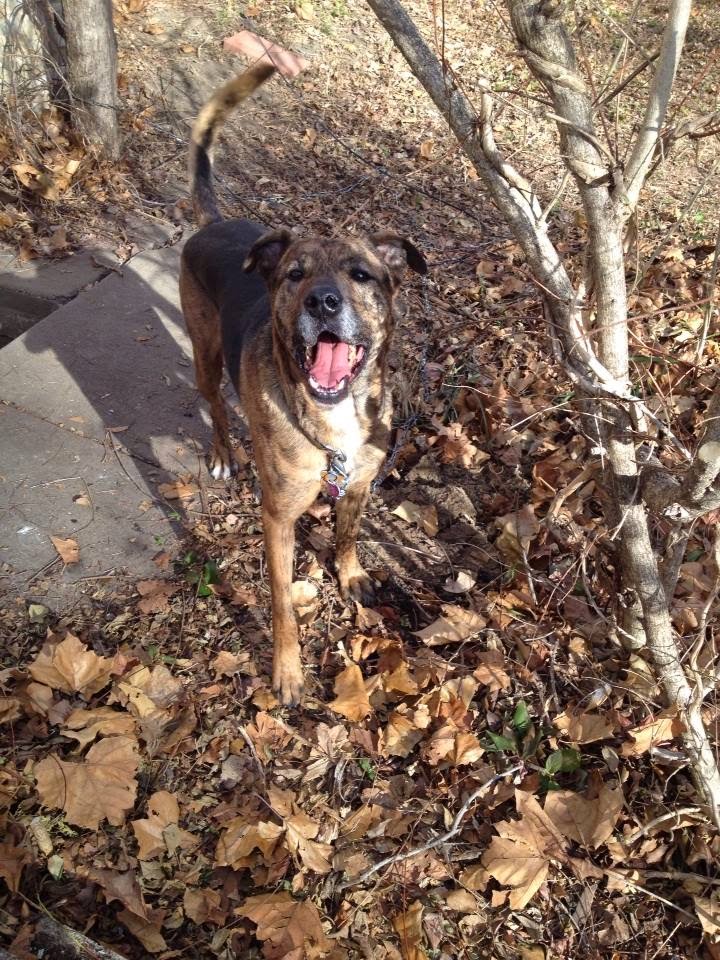 Thus, began my education in the dogs Cormac McCarthy calls “the ninja warriors of dogdom” and of whom he says, “They are just without fear.” Developed by a German immigrant family (from whom they get their name) in the Great Smoky Mountains who never sold any outside of the family until after World War II, Plott hounds are the state dog of North Carolina. They were bred for centuries as trackers and hunters of bear. They are practically triple-jointed and can perform acrobatic feats while avoiding the claws of huge bears they have brought to bay. They are highly valued by big game hunters all over the world, who pay thousands of dollars for trained Plott hounds to use to hunt bear, cougars, and other large predators.


We don’t hunt. While on a leash for walks, Dyson constantly charges into the hedges and emerges with a big possum or feral cat in his mouth, which we’ll make him drop—always uninjured since he has the softest mouth. Other things we’ve discovered about Plotts are that they are extra-smart and yet goofy and playful. And so he is. Also, loyal, affectionate, protective, and he loves fibers and textiles, often in early days pulling my knitting out without harming it and lying before it confused at why he couldn’t do what Mommy does with those sticks.


Though he was the opposite of the placid, female, older dog we wanted, Dyson has been the perfect dog for us, always a source of fun and joy. And the inevitable mischief that a young, boisterous male (for once he regained his health, he regained his personality) commits is a small price to pay for the love he shows when he lays his massive head in my lap and looks at me with love in his big, now-happy eyes.

Lil, you're right. He was the dog we needed. We've often thought our late, lamented Mina was guiding that choice of her replacement.